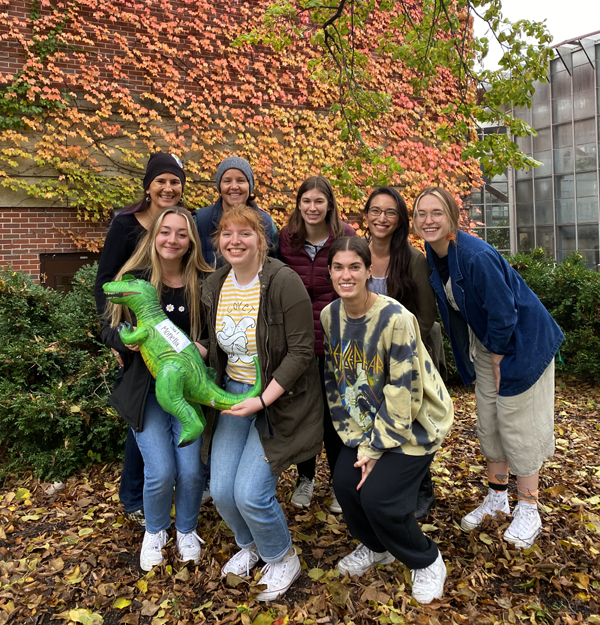 Our lab focuses on advancing the field of plant-microbe interactions by studying the biology of Salmonella enterica in association with plants. We are keenly interested in understanding bacterial survival on non-preferential hosts. Salmonella enterica and Escherichia coli survive poorly on healthy plants, probably because they lack cell wall degrading enzymes to acquire nutrients from their host and adaptations to survive harsh environmental conditions of the phyllosphere (daily UV exposure and desiccation). They are also sensitive to plant defenses (e.g., reactive oxygen species) triggered by microbe-associated molecular patterns, such as flagella.

The evidence that plants are a common host of Salmonella enterica and Escherichia coli is now overwhelming. There is strong scientific consensus that these human pathogens are also plant-associated microbes. We take a diverse approach to study these plant – microbe interactions from bacterial genetics to computational biology. Our goal is to develop cutting edge studies focusing on S. enterica while spring boarding off the wealth of scientific knowledge available for its famous cousin, E. coli.

Reducing food-borne illness caused by consumption of contaminated healthy food stuff such as fresh produce is an immediate need. However, the study of human enteric bacterial pathogens in association with plants is a young sub-discipline that requires investigation of basic biology to move toward the ultimate goal of reducing human illness.